The Birds in the Lagoon 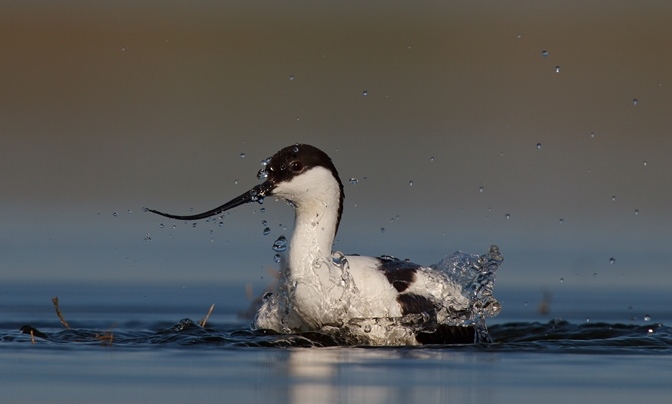 We find information about birds in the Atanasovsko Lake from the late 19 century, in the works of G. Hristovich (1890). Ever since then, many researchers, amateur ornithologists or simply people who love nature have been visiting the lagoon and have been admiring its unbelievable variety of birds. The list of bird speccies observed in the Atanasovsko Lake grows continuously. So far more than 318 species have been established here while migrating, wintering or nesting. They comprise more than 70% of the birds occurring in Bulgaria, which makes the Atanasovsko Lake lagoon first among the sites for watching, studying and conservation of birds. Of these, 14 are globally endangered species: Dalmatian pelican, Pygmy cormorant, red-breasted goose, lesser white fronted goose, slender-billed curlew, corncrake, ferruginous duck, and 170 species are of European conservation concern. 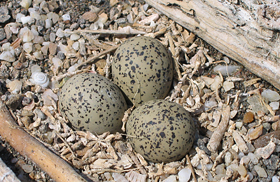 The plover are among the most typical inhabitants of the lagoon. Black-winged stilts, avocets, Kentish plovers, oyster catchers and several tern species are the main nesting species.

The Black Sea lakes are Bulgaria's avocet and Kentish plover main breeding sites. They offer abundant food and very convenient nesting sites to these birds. Atanasovsko Lake is home to their largest nesting populations. The birds build their nests along the dykes, on the islands and along the sand bars in the lake. The nest itself comprises a depression in the ground carpeted with small sea-shells, stones or algae. Many swamp birds move along the banks on 'stilts', but the black-winged stilt is a true record-holder. Nature has gifted it with the relatively longest legs. It feeds on various crustaceans and small insects for which it searches graciously in the shallow water of the lake. Apart from abundant food, the black-winged stilts find suitable nesting sites in the lake as well. Its eggs, as those of other plover species, are highly spotted and blend with the surrounding surface. This makes them hard to find by their biggest enemies - roaming dogs, jackals, foxes, jays and sea gulls, which feed gladly on eggs and chicks from the nests.

Another regular visitor to the lagoon is the slender-billed gull. During the mating period, this bird has a well-discernible pink hue along the lower part of its body, and its beak and legs are red. So far it has been nesting in the Atanasovsko lake, alongside the Mediterranean gull and the Gull-billed tern, although, unfortunately, not every year. The little tern is the smallest of the tern species occurring in Bulgaria. The bird owes its name to the white spot above the base of its beak. It always nests in small rare colonies which can be found easily by the anxious calls of the adults. 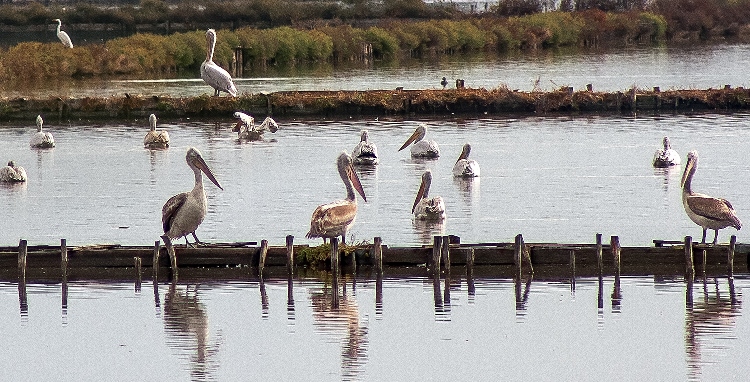 The Atanasovsko Lake is most famous among ornithologists for its autumn bird migrations. The lagoon lies along Europe's second largest bird migration route. It is called Via Pontica and is a typical narrow migration front site for a substantial part of migrating birds from Northern, Eastern and Central Europe. Up to 240,000 white storks and up to 60,000 raptors fly over. This is the place with the highest concentration of migrating white and Dalmatian pelicans, Marsh harriers, and Red-footed falcons, and is second in the number of Lesser spotted eagles flying over during migration. Together with the Burgas lakes, this lake is one of the most suitable overnighting locations for pelicans and storks between the Danube delta and the Bosporus.

Since it does not freeze during the winter, the Atanasovsko Lake is a site of international significance for nesting water birds. Each year it provides shelter to flocks of common Shelduck, Widgeons, Pintails, Mallards and Dalmatian pelicans. Gray and Red-breasted Geese are regular occurrence among the numerous flocks of wintering White-fronted Geese.