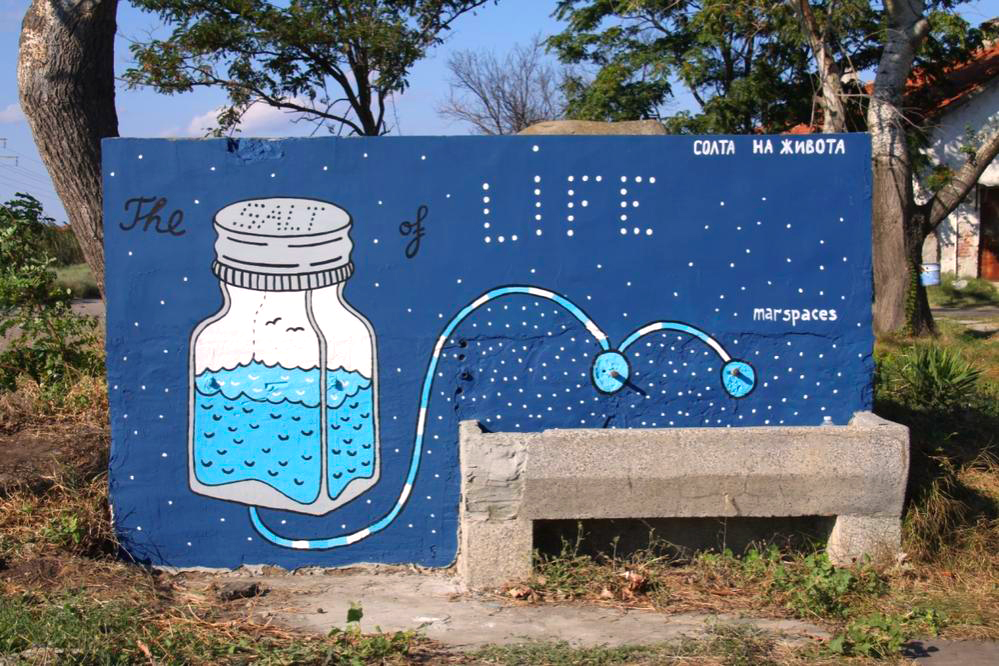 Mariana Sarbova's graffiti has been conceived for a long time but carried out just for the 2014 Salt Festival. It is located near the Administration of Black Sea Salinas JSC and presents the idea of salt / sea as a source of life. The young author is inspired by the sea, the waves and the endless horizon. 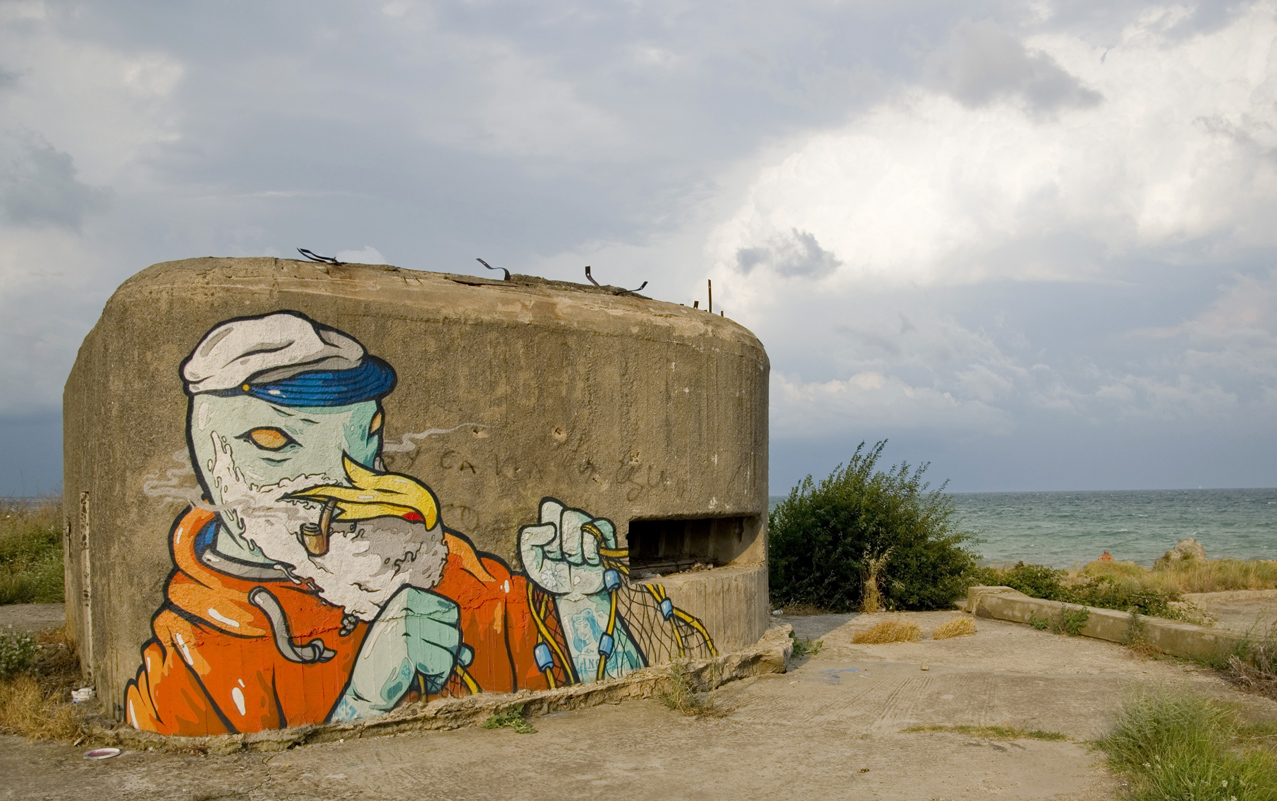 Several years ago, at the end of the southern part of Atanasovsko Lake, a brilliant gull was painted in Bunker, which somehow became a preserved species for his author, Dilomski (Dimo), who continued to develop it through his graffiti across the city.

During the 2015 Salt Festival, one of the participants in the brigade, Ilian Stoychev, who, among other things, was a musician joined the program and very impromptuously created a Salt of Life graphite that stays there until the summer of 2016 before the entire bunker be smeared and painted ... with tropical fish (probably also inspired by the Atanasovsko Lake or the Black Sea).