Various musicians and authors chose the lake to shoot their videos here, while others made movies about it. 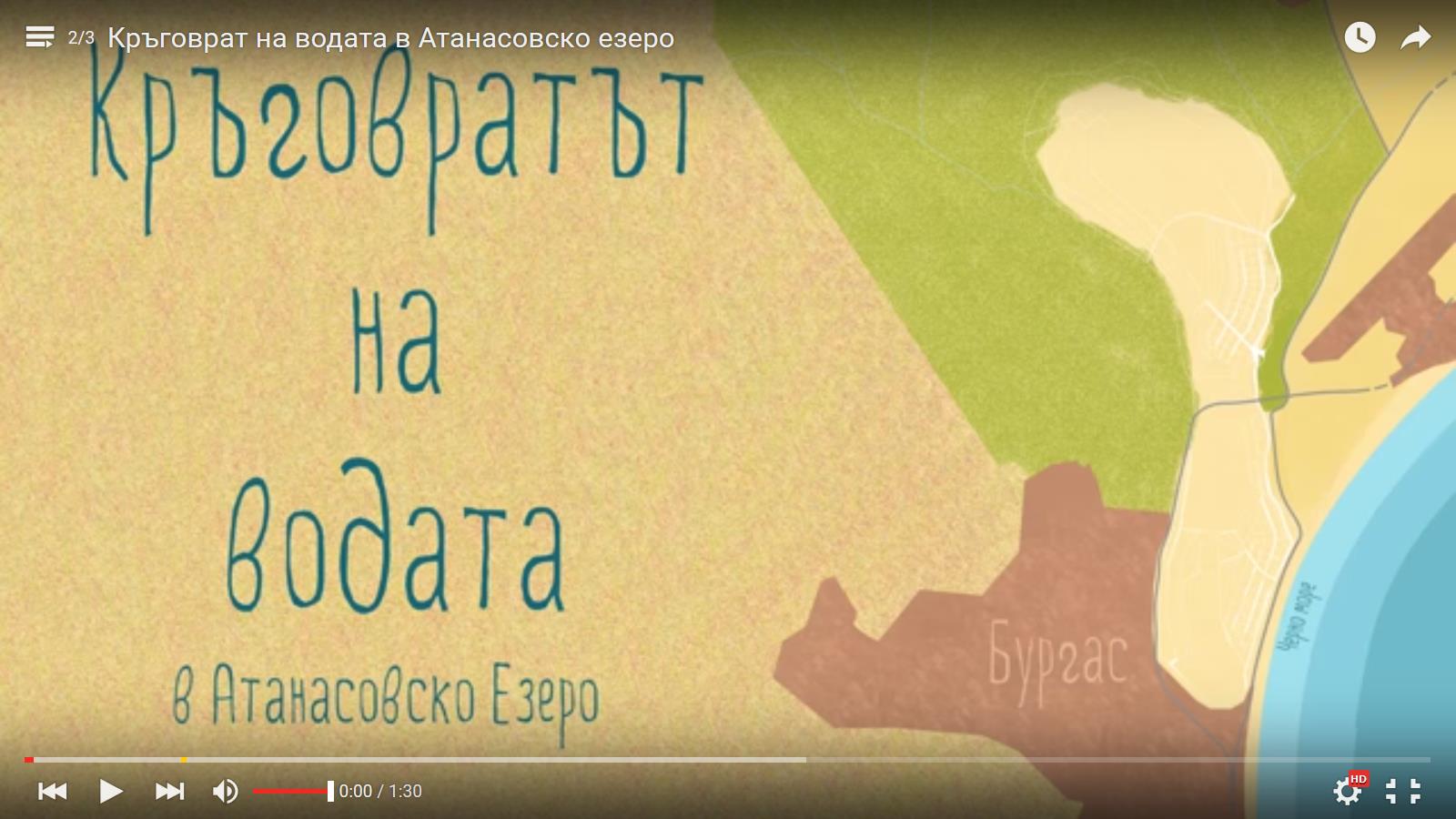 The Salt of Life Project and the Pavilion studio in a short animation clip present how the water circle is taking place in Atanasovsko Lake. How water moves from the sea, how salt forms, where the hundreds of birds that have chosen the lagoon for their home are breeding are just part of the questions you will find in the animation of talented artists.

But the most important question is what happens when heavy rainfall occurs when at the same time the waters of nearby reservoirs are dropped and are we prepared to deal with the floods that are increasingly affecting us and changing our lives. Sometimes only a small effort is needed, another time - to change the political class of a whole planet!

Studio Pavilion for themselves: "The Animation Pavilion is a project of several young enthusiasts who ... Damn, what do we explain our nonsense - scratching ourselves with movies and scripts, we're doing our head, so - let's have fun together :)) " 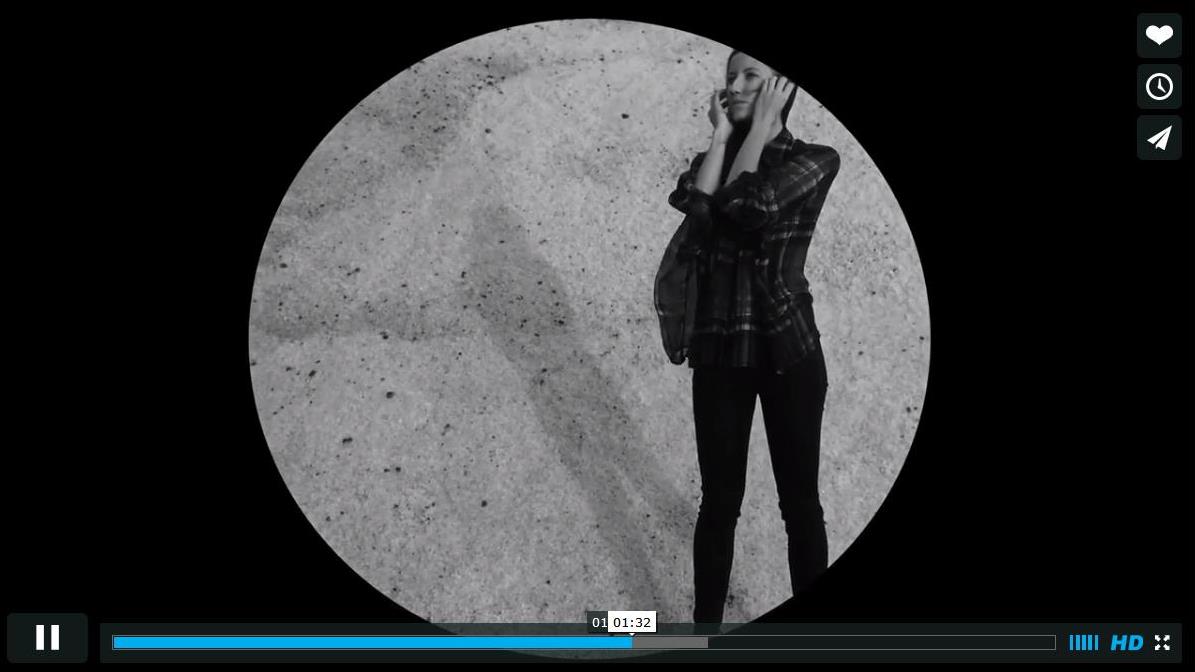 Doubleganger is an electronic project dedicated to the study of human emotion.
Galina Milkova a.k.a Doubleganger is a singer / songwriter. The artistic nickname was created in 2009 to express her dualistic life as an artist. Since then, she has remained faithful to the philosophy of Doubleganger, also expressed in her specific music. The mix of alternative, dubstep, drum & bass, breakbeat, soul, electronic pop gives Galina the freedom to translate her emotions into music. The lyrics are very intimate and reflect pure emotions.

"Recreate the Sun" is the first Doubleganger song. The video is shot at Atanasovsko Lake after Galina rediscovers this place along other her artistic projects. Doublganger has participated in the Spirit of Burgas, Underground Festival, Turned on the City Festival. 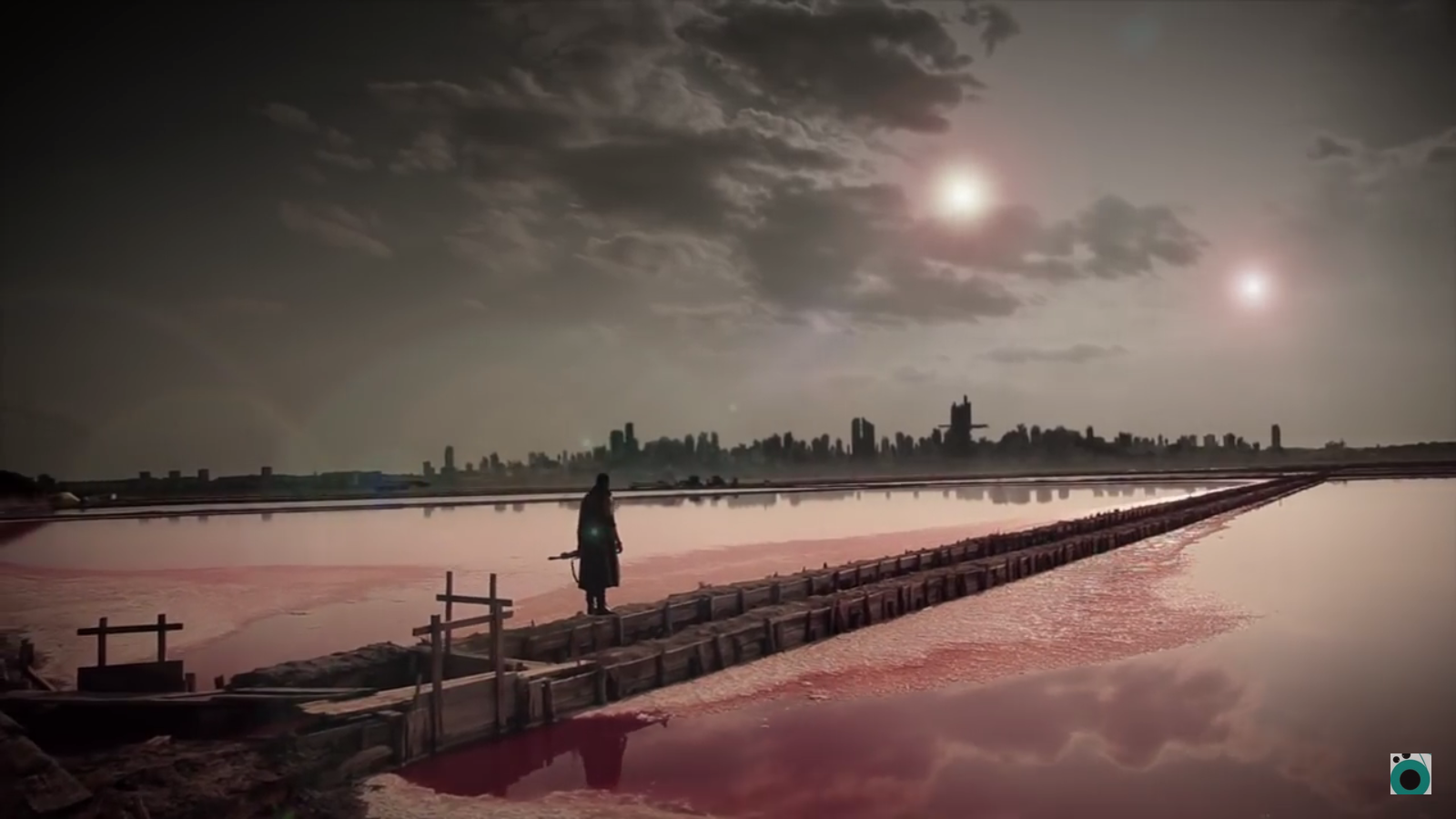 For the uninitiated, it may not be quite clear where the alien clip of Grafa was shot, but for those who came to the Atanasovsko Lake, it is hard to be hidden that it is precisely in the red waters of the salt-beds that the action in the video of " Nobody, "and the dikes and pyramids with salt are the perfect decor. Enjoy the clip: https://www.youtube.com/watch?v=HIPL5Xr9v70 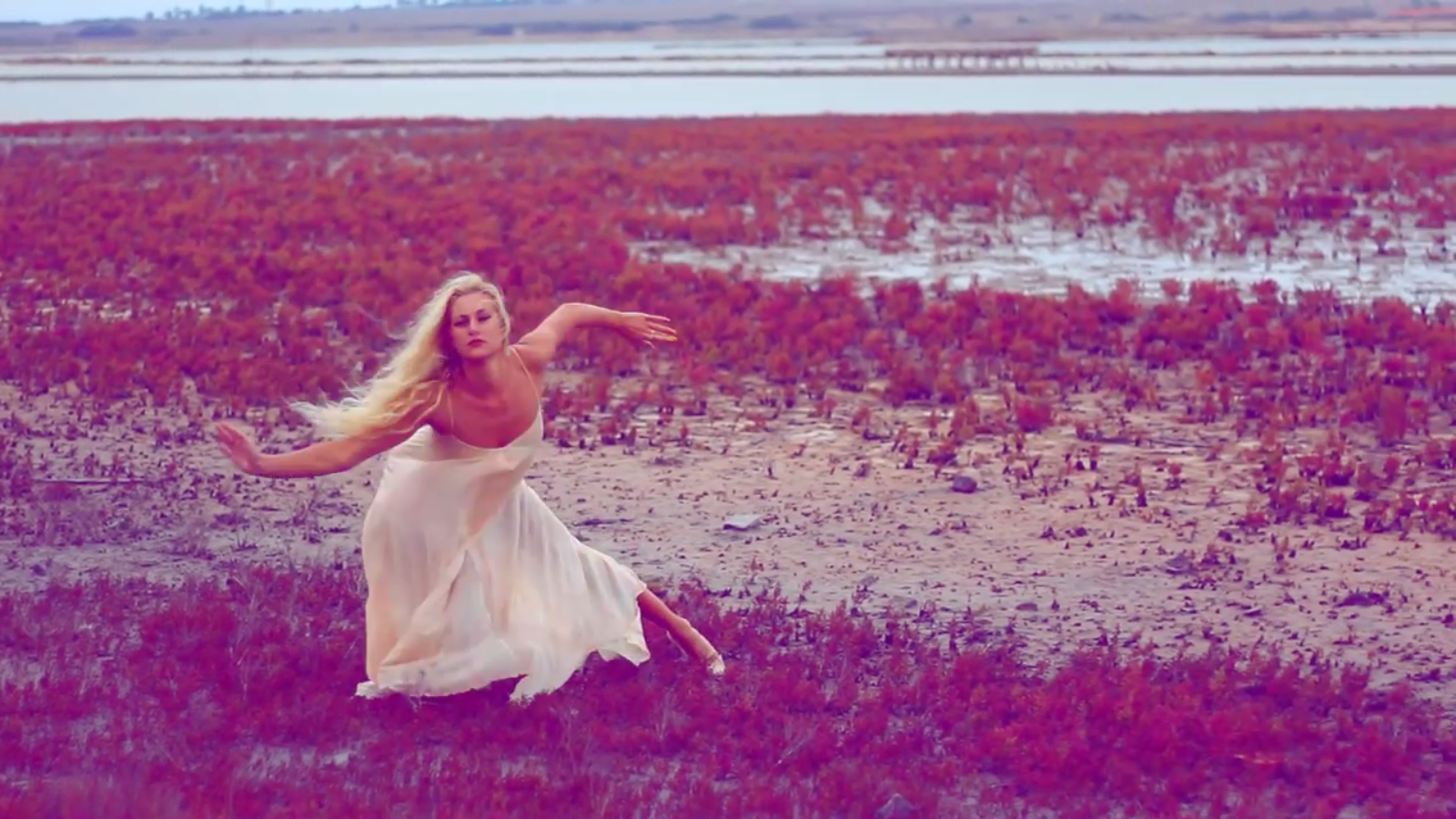 Krasimir Marchev is a visual artist from Burgas. His ANOTHER PLACE clip filmed in the summer of 2016 in the area of the Avocet Trail near Atanasovsko Lake. He used the "Nest" and the salted fields as a decor for his visual challenge.

Krassimir is known to the general public with his participation in the 5th anniversary of Bulgaria's talent show, as well as his art projects in the field of photography, short video, performance. In 2013, Madonna herself published five projects on the Internet with a comment written by her. Krassimir works as a photographer in his studio in Burgas and is the author of music videos for musicians. Author of music videos for musicians.

On August 12, Marchev created a real euphoria during the filming of his new video project named Salt of Life, at the Salt Festival. Ghost Bride, pyjamas' groom, kids as secret agents, tricky priest, and doll-girl were part of the characters who attracted and cheered the guests after each double. Krasi and his artists used the area of salt-pans and the adjoining beach as a video decor, and it was mounted and projected on the festival day.

Participation in the project took the talented ballerina from the Burgas Opera - Antonia Paskaleva, who danced with ... a mosquito! Without issuing more, we will only imply that the little bloodthirsty animal is the main actor all the time!

The rich program of the festival ended with an evening projection of the video, and in order to present it to the defence audience, Marchev literally arrived by taxi and flash in his hand on the stage.

We wish you nice viewing and lots of smiles! https://youtu.be/WFMly97ewdk 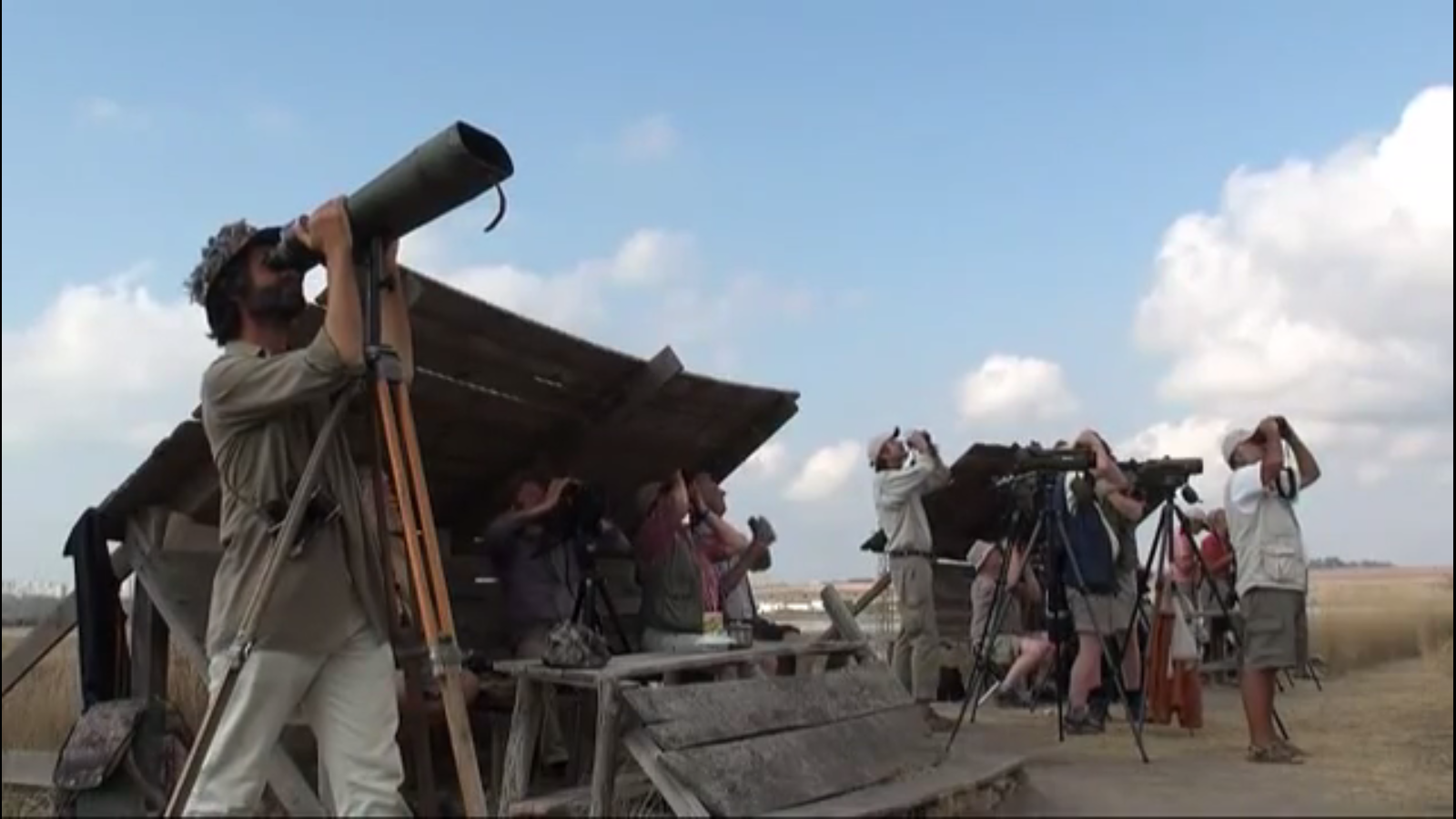 Lubomir Andreev - Lupy is one of the first to discover the magic of the lake in the late 80's when he is still a student from Sofia coming to Atanasovsko lake to study the migration of birds and to participate in nature conservation brigades. He is the person who keeps the most valuable photo archive with unique footage from years ago.

In recent years, his love for birds has brought him back to the lake and to Point, where he filmed his documentary "International Birdwatching Survey Bourgas 2011".

The film reflects the three-month scientific study of autumn migration of flying birds in the Atanasovsko Lake area. Three decades after the start of the study, there are still unseen secrets about Europe's second-highest airway - Via Pontica.

You can see the movie here: https://www.youtube.com/watch?v=PYdK9xguFuA 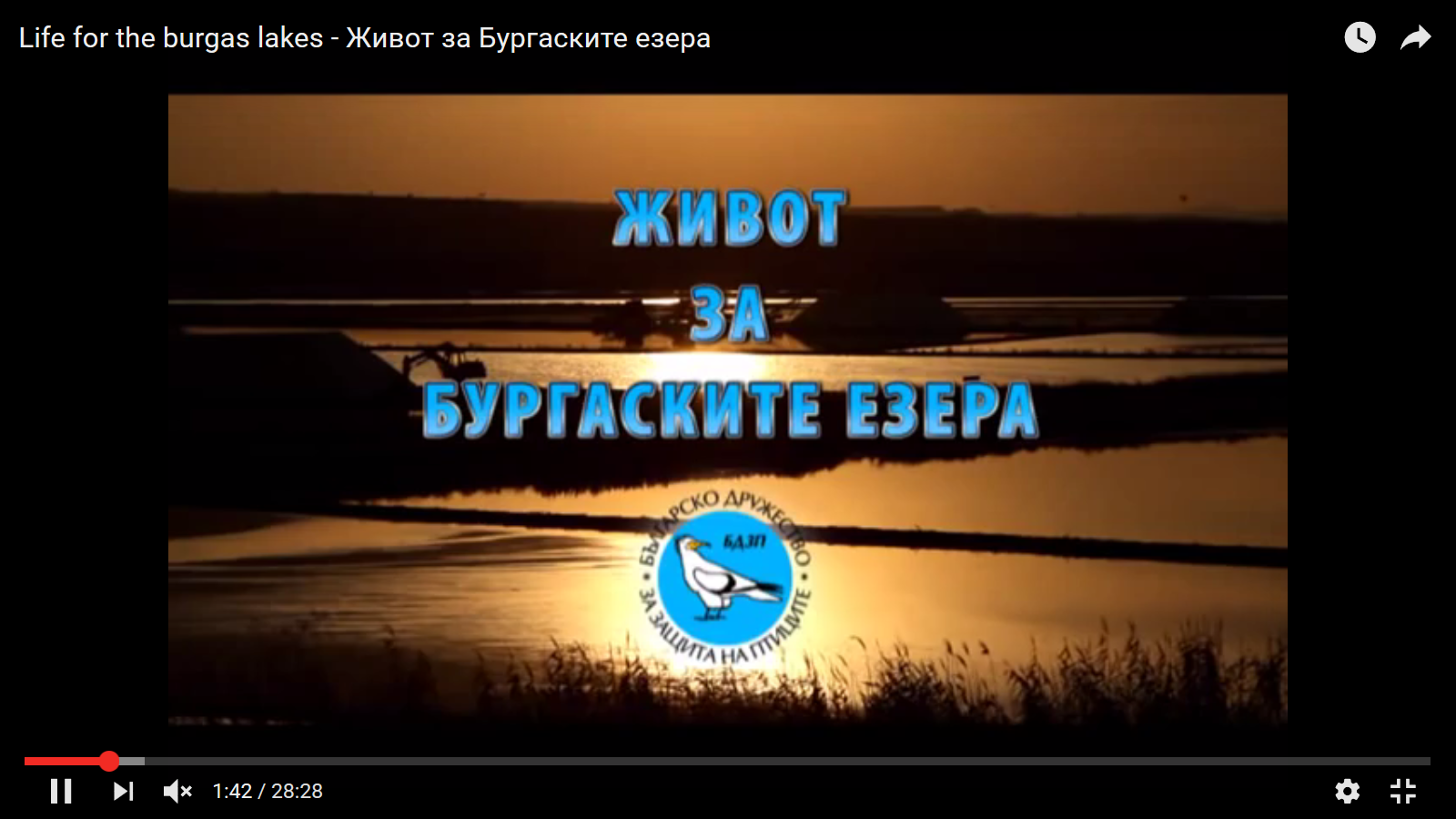 The short 30-minutes film of the Bulgarian Society for the Protection of Birds tells about the daily lives of hundreds of brigadirs - people with different professions and interests who spend ten days of their summer break to cruise a tent in the meadows near the northern salt-pans around Burgas and donate these days on the lake and its winged inhabitants.

The characters in the film are girls and boys who, instead of drinking mojito on the beach, wear wooden beams to build artificial nesting platforms for birds in the early morning to get to their post to watch the flying storks and pelicans and withstand the hardest work - the mowing of the reed.

The film was shot in August 2014 and bears the name of the project that BSPB implemented for the EU's LIFE + program.

You can watch the entire movie here https://www.youtube.com/watch?v=mLJuBpmh72o 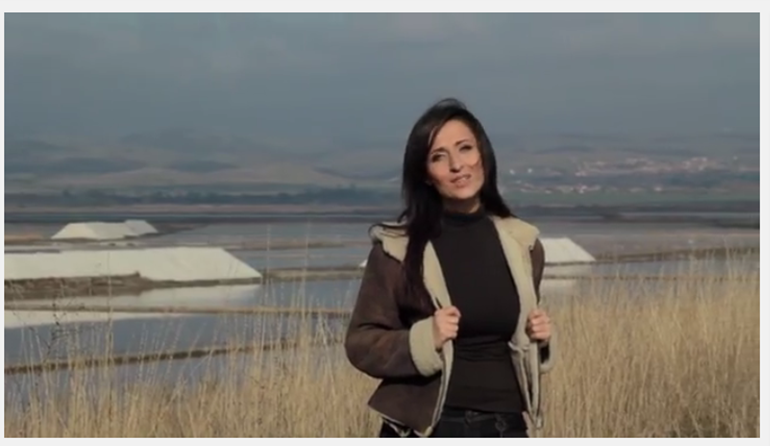 In 2013 Mary Boys Bend and the director Vassil Stefanov's team dedicate to BSPB the song and the video "Will I ever race the Birds Over?".

Here's how the group commented on this dedication: "We do not often meet as pure people as BSPB people, relying on the ill-tempered themes and problems devoted to the noble cause of protecting birds and their shelters, the freedom and the eternal human pursuit of flying ... Young people from all over the country and abroad, who are free to waste their days on their summer holidays ... for us, for nature, for the Earth ... We are impressed by their activities at the Atanasovsko Lake, Mandra Lake. We dedicate the song "Can I ever run the Birds" to the Bulgarian Society for the Protection of Birds, which recently celebrated its 25th birthday!

The video was shot at Atanasovsko Lake and the beautiful flocks of the movie "They fly", created by BSPB and Mono Collective, were used in it. More about the movie can be found here: http://monoco.eu/FlyingAway.

Mary and a part of the group are from Bourgas and are related to lakes and birds by birth :)

In 2017 Mary and Miro form Mary Boys Band take a part in the Salt Festival and entertain the public.

In the first issue was presented the latest product, extracted from the Atanasovsko Lake salinas - the flower of salt.

"Kitchen is a history, and the history is a kitchen. If you follow the kitchen of a country, you understand the traditions, the people. This has prompted me to seek opportunities to make such a show" explained Andre Tokev.

How is salt extracted, does it contains iodine, how to get the new attractive product "Flower of salt" and is very laborious - these were some of the chefs' questions to the Salt of Life project team. Lakes ponds, which all year round attract thousands of visitors, were a great attraction for the two-day filmmaking team on the lake (29th and 30th September 2016), as well as the huge pyramids with fresh crystal salt just removed from the crystallizer.

The meeting of Diyana and Dian with chef Tokev see in 4:19 minute. The exciting story of Spas and Diana, who also joined, has not come within this issue but has certainly been imprinted on the mind of the broadcasting team.