Birdwatching Point at the Avocet Trail 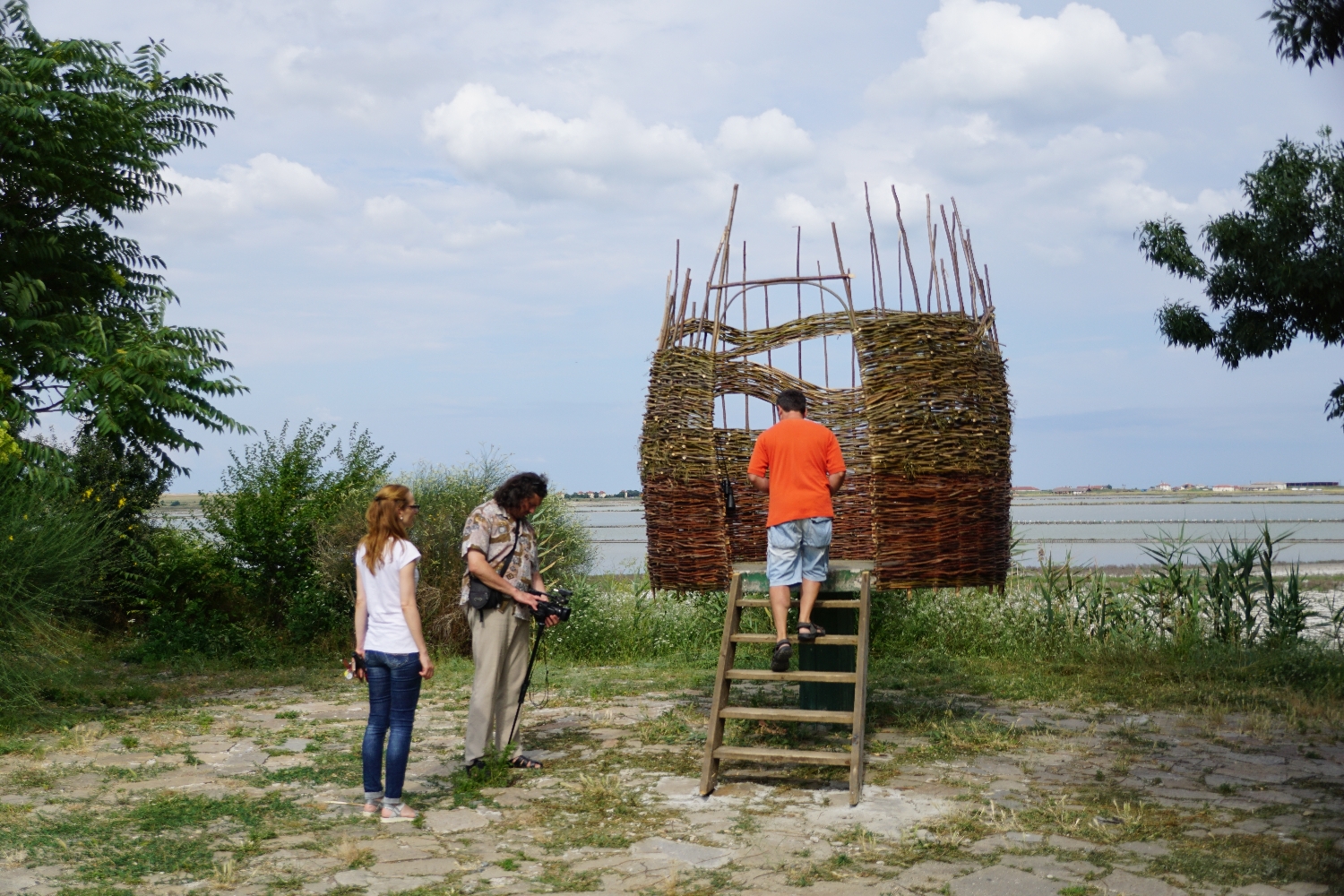 The birdwatching point is part of the concept of the Hamalogika Association for the Avocet Trail, which was developed by Mariana Sarbova, Petya Tanumova, Gabriela Ilieva - Nuneva and Galina Milkova.
The complicated task of making and braiding was entrusted to the basketry master from the town of Bulgarovo - Stanko Kirov.

The master's first attempt was so perfect that it looked like boutique garden furniture. We had to mount it near an alley in "Ezero" Park with a constant movement of people so as not to suffer vandal raids. "The egg" as we called it, serves today as an information point and refers to the Avocet and Salt Trails.

The artist's second attempt was woven with a coarse braid of witch and wicker, and was mounted on an existing concrete pavement on the Avocet Trail. "The nest", as we called it, is a true masterpiece of architecture - there is no roof, and the viewing holes are elliptical in shape and are located at different altitudes so they can be used by children and adults. A small wooden stairway provides access to The Nest.